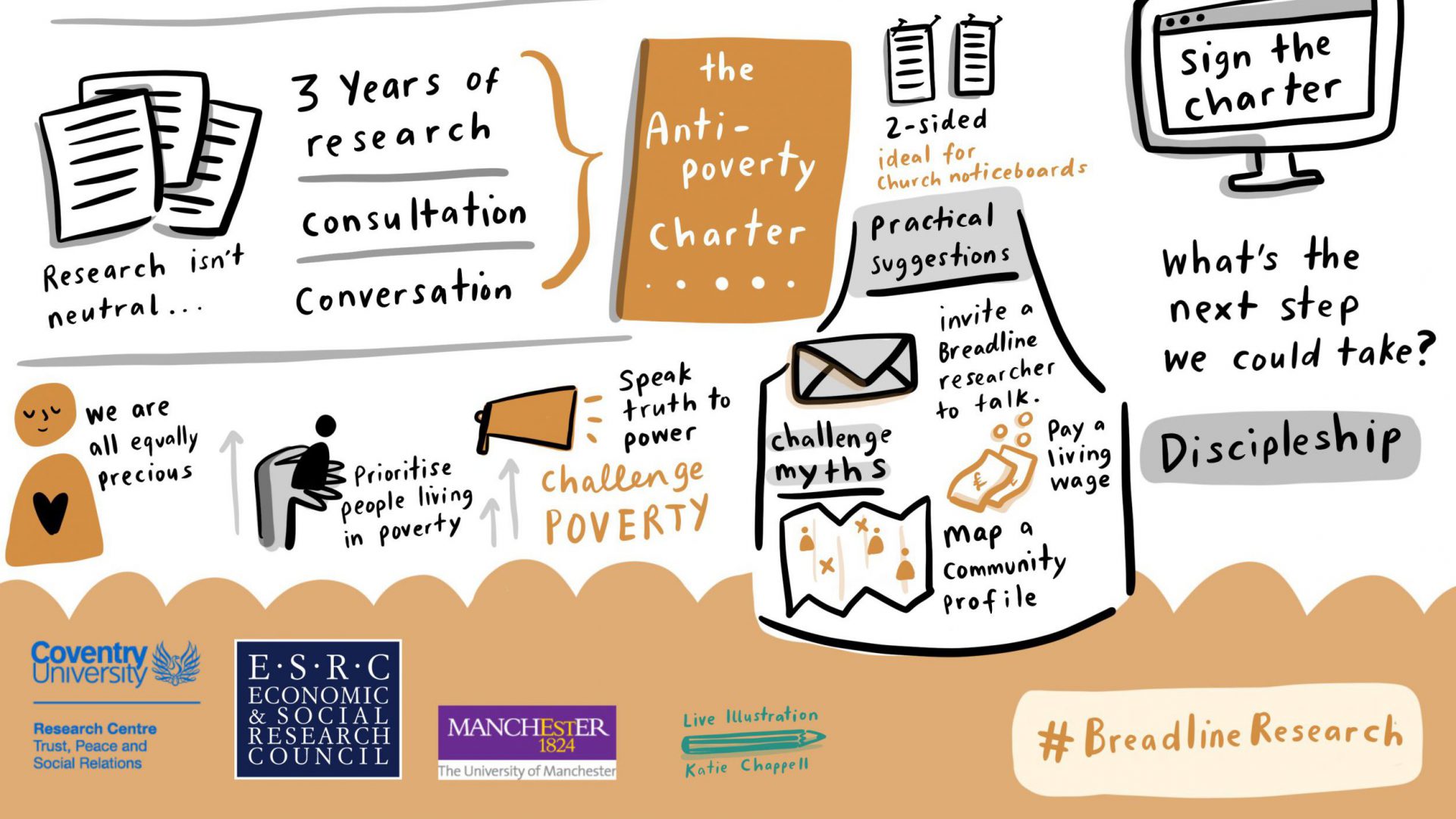 What is the Anti-Poverty Charter?

A reflective action-oriented resource intended to help churches to tackle poverty and inequality in your neighbourhood and across the UK in a way that makes sense where you are.

How was the Charter made?

Developed through Life on the Breadline’s 3 years of research with national and regional Church leaders, local Christians and people experiencing life on a low-income.

Why have an Anti-Poverty Charter?

To help local churches and individual Christians to understand the unequal impact of austerity, the causes of poverty, support people in immediate need and challenge structural injustice. 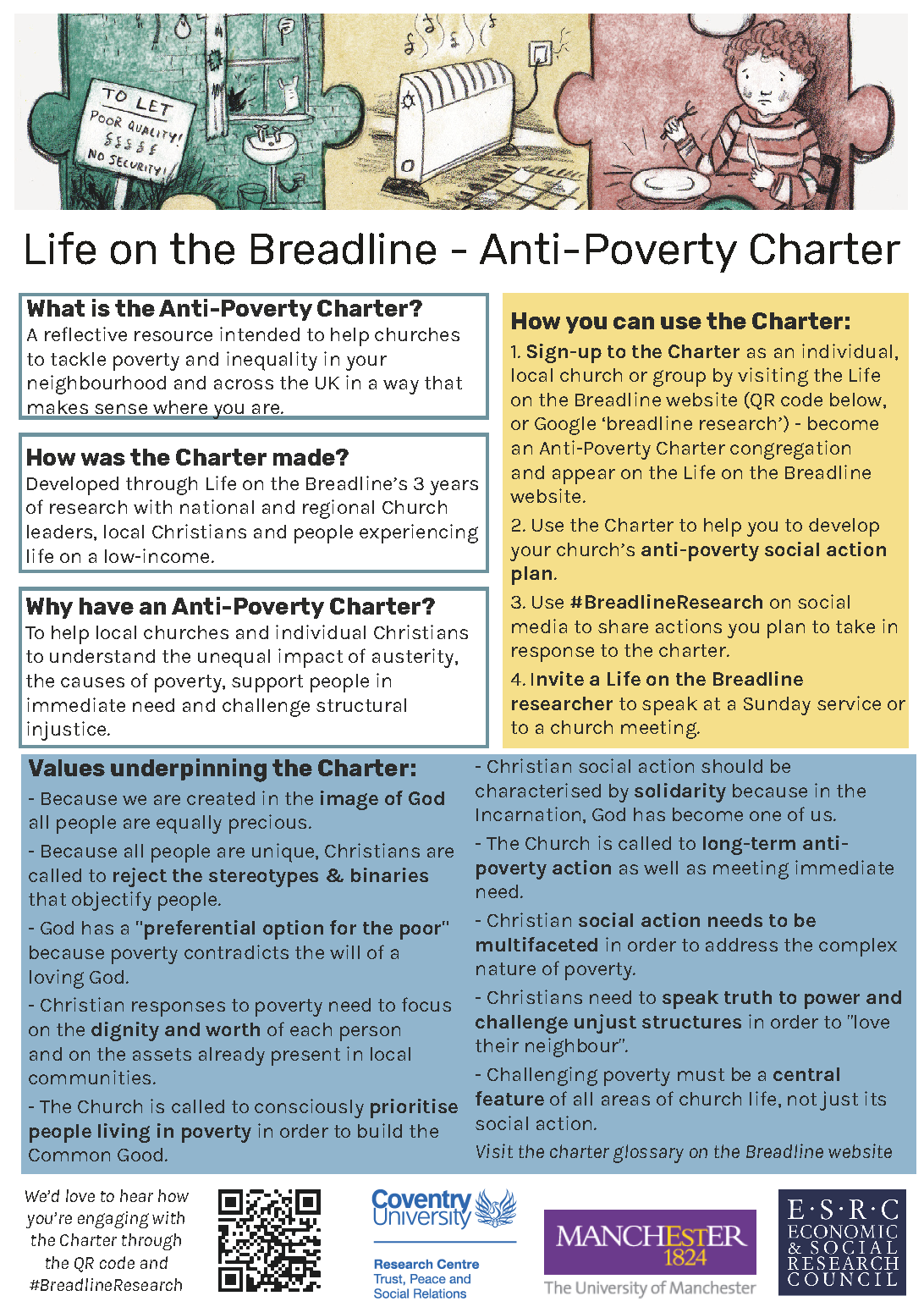 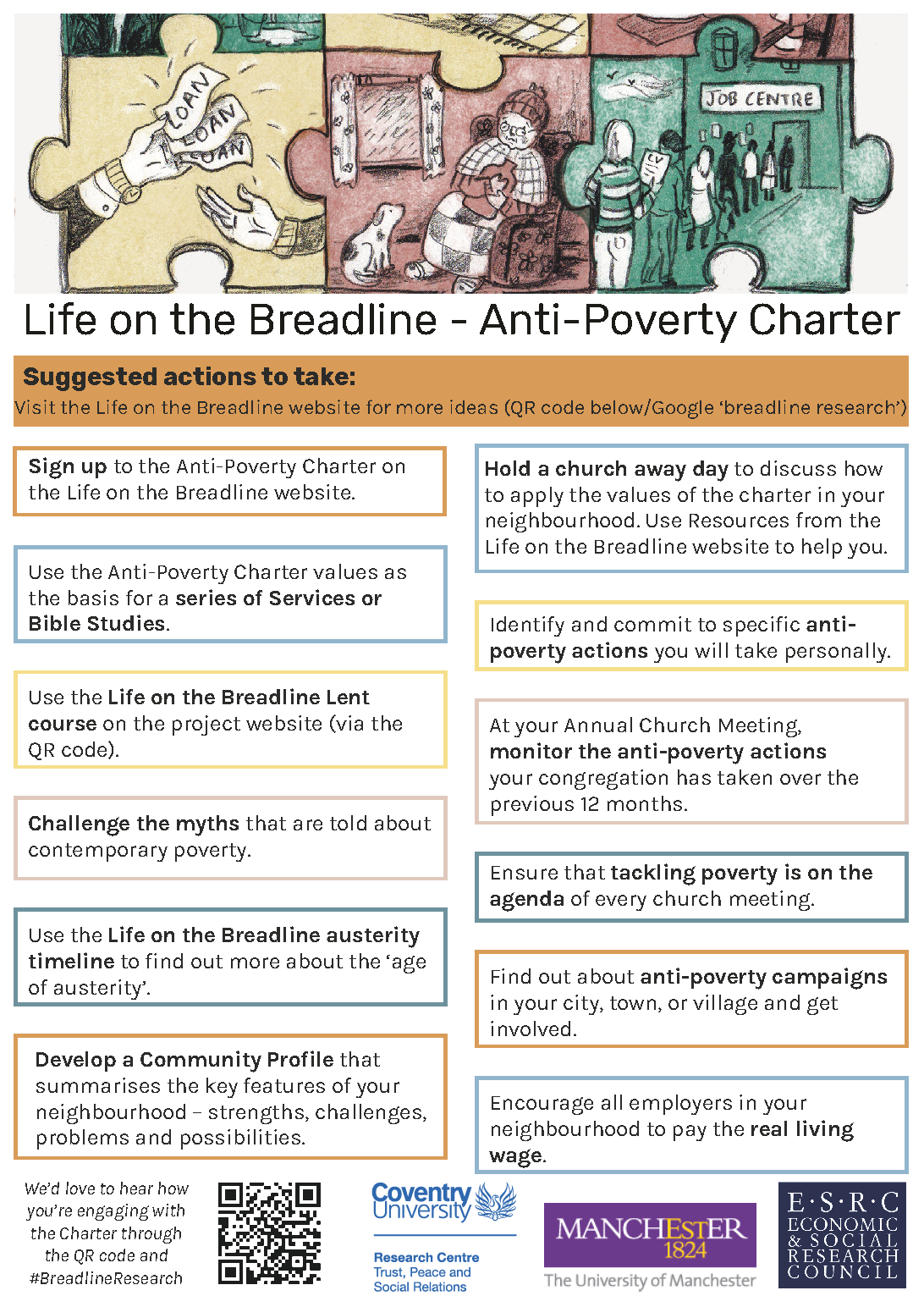 The Charter is designed to be thought through and adapted to your local context.  Spend time doing this with others in your local church and/or community, and sign up to the Charter.

To help you think through further actions that you would like to take, there are other resources to explore on the Life on the Breadline website including our Lent Course for 2022, Toolkit for Churches, austerity timeline, and resources from our end of project conference.

Later this year we will be adding a list of Churches, groups and individuals who have signed up to the Charter – to sign up fill in the box on the left of this page. 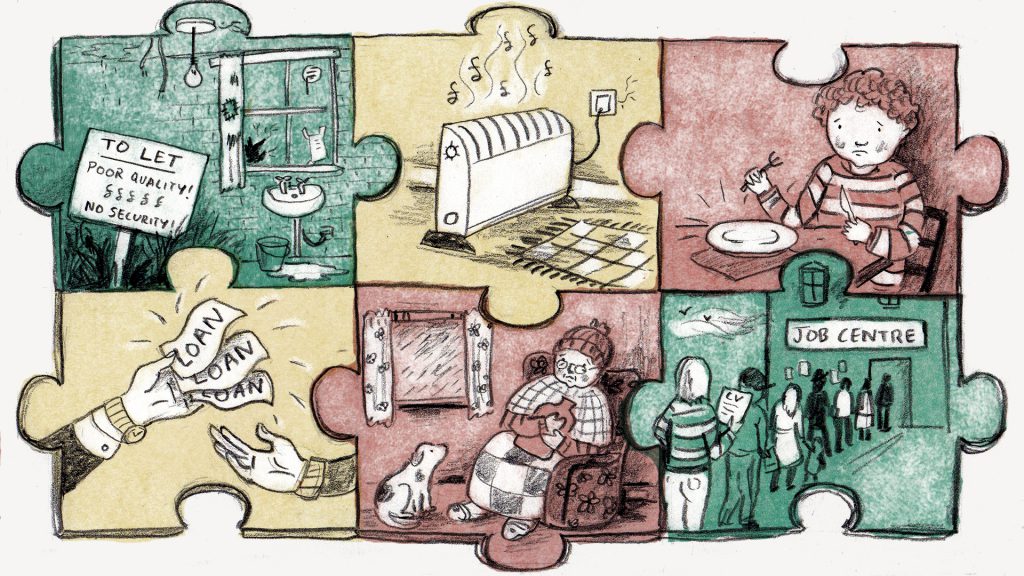 We’d love to hear your feedback on this resource through this quick form.

Image of God: The Biblical story of Creation in Genesis 1 suggests that God created humanity in ‘the image of God’. On the basis of this, Christian teaching has asserted the equal worth of all people, since every person is made in God’s image.

Common Good: Reference to the ‘Common Good’ is common in the description of Christian social action by Church leaders. The concept arises from Catholic Social Teaching and is used as an ethical vision of an inclusive and egalitarian society within which all people are able to fulfil their potential and a means of judging the impact of social policy on social inclusion, social cohesion and social justice.

Incarnation: refers to when God the Father took on human form as Jesus Christ and physically lived amongst us.

Multifaceted: when something has many different aspects.

Speak truth to power: refers to people with experience of an issue (such as living on a low income) sharing their stories and experiences (their ‘truth’) with people in power such as policymakers in government. This term also points to the ministry of the Prophets in the Hebrew Bible who spoke out publicly against the unjust policies and practices of the powerful. To speak truth to power can be seen as part of the prophetic ministry of the Church.